We wish you a happy new year! 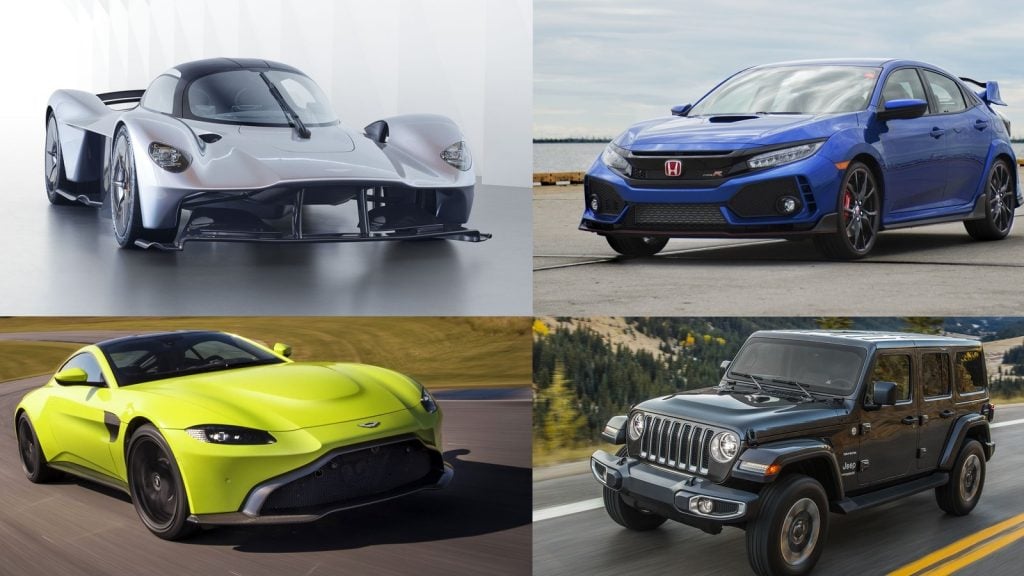 With 2017 now headed for the history books, it’s a great time to take a moment to reflect on all the things we saw over the past 365 days. This year was practically overflowing with desirable new metal, with fresh debuts dropping in just about every category out there. Throughout it all, we here at TopSpeedhave been bringing you the latest and greatest, with in-depth coverage on all the major auto shows, tons of written reviews, driving impressions, and more, all of which gave us a pretty good handle on all the good stuff. With that in mind, we had a little company pow wow, tossed around our personal favorites, and came up with the following list of the best vehicles of the year. We’ve broken it down into five categories, including the best supercar, the best truck and SUV, the best luxury sedan, the best luxury coupe, and the best sports car.

Believe us when we say it wasn’t easy making this list. There was a lot of top-notch rides to choose from, but choose we did. Read on for the list, and don’t forget to add your picks in the comments section below!

Continue reading to learn more about our picks for the best vehicles of 2017.

In terms of aesthetics, the Valkrie is utterly otherworldly, looking like it just materialized out of the ether bearing trans-dimensional travelers from the planet Zonk

There were a lot of supercars that debuted this year. Like, just so many. And that’s awesome – even if we can’t necessarily afford ’em all, the fact the 200-mph club got a huge roster of new recruits should get any gearhead’s blood a’boiling. We loved the Lamborghini Huracan Performante for its innovative aerodynamics, bad ass looks, and record-breaking speed at the Nurburgring. We also really liked the McLaren Senna, a barely street-legal, absurdly over-the-top expression of speed from the Woking-based go-faster wizards we all know and love. However, if we had to pick just one supercar to put on this list, we’d have to go with the Aston Martin Valkyrie.

In terms of aesthetics, the Valkrie is utterly otherworldly, looking like it just materialized out of the ether bearing trans-dimensional travelers from the planet Zonk. In terms of performance, the Valkyrie is next level, rocking a naturally aspirated 6.5-liter V-12 and KERS-style hybrid battery to produce 1,130 horsepower. In terms of aero, the Valkyrie is like magic, producing upwards of 4,000 pounds of the stuff at speed. In terms of pedigree, the Valkyrie is above top shelf, boasting development input from Aston Martin, Red Bull Racing, and one of the most successful F1 designers of all time, a Mr. Adrian Newey. The point of this thing is crystal clear, as Aston says it was built to be no less than the fastest street-legal car in the world.

And all that is why we named it the best supercar of 2017.

It received all the right upgrades, while it kept all the iconic design features.

This one was pretty much a no-brainer, grabbing almost all the office votes in near-unanimous fashion. The new-generation JeepWrangler (also known as the “JL” generation) is an awesome machine, carrying the torch of the ridiculously successful JK-gen Wrangler with refined styling, improved aerodynamics, more opportunities for customization, a hugely improved interior design, modern infotainment, and a fresh lineup of engine options. And of course, it’s still got that same Wrangler grit as well, with a lighter, stronger body, optional full-time AWD, fully boxed frame, and all other manner of off-roading credentials.

“The legend lives on,” says TopSpeed Editor, Ciprian Florea. “I really can’t nominate another SUV and I can’t see a new truck that’s more important than the Wrangler. It received all the right upgrades, while it kept all the iconic design features.”

The luxury sedan segment was another hotly contested slot in this year’s best of rundown, with a number of high-end models making the short list for in-depth deliberation and discussion. The new Lexus LS 500 flagship very nearly took it thanks to its seductively sharp styling, drop-dead gorgeous interior, and impressive technology. The Volvo S90 also put in a strong showing, bringing the heat with its sleek new-gen aesthetic, top-shelf cabin layout, and oh-so-sweet powertrain lineup. However, in the end, we had to go with this – the Porsche Panamera Turbo S E-Hybrid.

Behind the absurdly long name is quite possibly the ultimate expression of the Porsche Panamera nameplate. With a subdued exterior style, relentlessly comfortable greenhouse, and nearly 700 horsepower on tap from the long skinny pedal, we like to think of it as a more accessible, more practical, and more comfortable Porsche 918 Spyder.

“Luxury, good fuel economy, supercar performance. What more could you want from a four-door sedan? The E-Class seems mild by comparison, even in AMG specification,” says Ciprian.

The new Vantage is the company’s new pillar toward the financial stability it’s been looking for quite a few years.

While we really liked the new Bentley Continental GT, and were impressed by the Mercedes-Benz E-Class Coupe, the next-generation Aston Martin Vantage was the only new luxury coupe that truly managed to take our breath away. This thing is just dripping with James Bond style, managing to meld old school cool with cutting-edge freshness. This is the sort of design we could stare at all day long, and this time, it’s even got a nice looking layout inside as well. Under the long, shapely hoodline, there’s a turbocharged 4.0-liter V-8, which, properly motivated, creates upwards of 503 horsepower and 505 pound-feet of torque. Applied at the rear wheels by way of an eight-speed automatic transmission and carbon fiber prop shaft, the new Vantage sprints to 60 mph in 3.5 seconds and tops out at 195 mph. Oh yeah, baby, you know you want it.

“A massive departure from the previous design,” says Ciprian, “the new Vantage is not only modern but sexy too. What’s more, with production for 2018 already sold out, the new Vantage is the company’s new pillar toward the financial stability it’s been looking for quite a few years.”

When you break it down, the Civic Type R has all the classic sports car cues.

This one will surely ruffle a few feathers out there. Yeah, we coulda gone with something safe, like the Chevy Camaro ZL1 1LE, or something endlessly lovable, like the Alpine A110, but no, we decided to go with a FWD, wing-tastic, turbocharged grocery getter from Honda.

Hmmm… we sense a disturbance in the force.

Here’s why we picked it – when you break it down, the Civic Type R has all the classic sports car cues. First off, it looks aggressive, and regardless of whether you love the lines or hate them, this is one car that’s gonna get you noticed. It’s also a helluva blast to drive quickly, because even with every pony routed through the front wheels, Honda knows what the hell it’s doing to make speed from that turbocharged four-banger under the hood. It’s also lightweight and tossable, capable of hanging with some pretty heavy artillery if properly applied. It’s also got a six-speed and three friggin’ pedals, something a few “real sports cars” out there can no longer claim. It’s even priced about right, with several of those “traditional” sports cars climbing into higher and higher tax brackets with every generation.

So yeah, it’s a FWD hot hatch. But the truth of the matter is that sports cars are changing, and more importantly, the idea of what a sports carshould be is changing with it. And we know a lot of you out there don’t like that. We know a lot of you will reject the Civic as a sports car, just as you reject electric motors and batteries as a means of propulsion, or the idea that Lamborghini made an SUV. But that doesn’t change the facts.

So congrats to the Honda Nation for the win here in 2017. Keep up the good work. 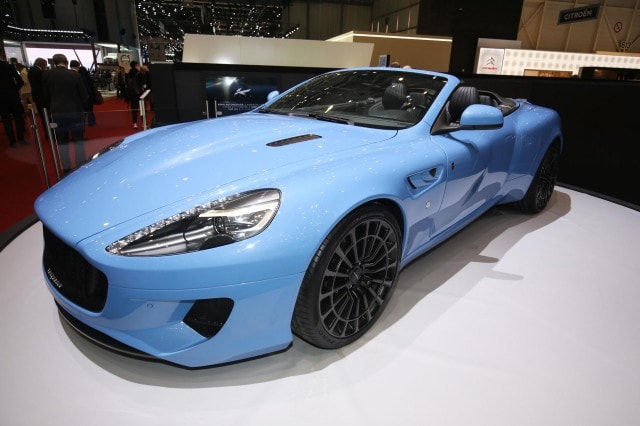