The latest Ford Mustang Bullitt which, for many, stole the show in Detroit a few months back, is coming to Australia.

Ford confirmed this week it would expand allocations beyond USA for Europe and Australia, and will make a small pool of buyers very happy by doing so.

While the ‘Stang has been Australia’s top-selling sports car for 26 months running, it’s important to lob unique versions to keep the novelty factor high.

The Mustang Bullitt edition has been developed to coincide with the 50th anniversary of the film, which stars Steve McQueen and features one of the all-time best car chases.

For any car nut, San Francisco’s hilly streets became synonymous with grimy cool. The third-generation Mustang Bullitt follows in the footsteps of previous special edition Bullitt models in 2001 and 2008.

Fittingly, the Mustang Bullitt is only available as a V8 GT Fastback, and is painted in Dark Highland Green.

European-market production begins in June, and while Ford Australia isn’t saying much about local specifics, it should be about the same for us.

The new Ford Mustang Bullitt will also feature as standard Ford’s rev-matching system that delivers smoother downshifts accompanied by a “blip” of the engine. Of course, McQueen would want you to do it yourself…

The interior has Ford’s 12-inch all-digital LCD instrument cluster and Recaros. Stitching will reflect the exterior colour choice, and each Mustang Bullitt will feature an individually numbered plaque in place of the traditional Mustang emblem on the passenger-side dashboard.

As with the Detroit reveal in January, Ford enlisted the support of third-generation members of the McQueen family, Chase and Madison, to unveil the new Mustang Bullitt in Europe.

The late McQueen’s grandchildren, supported by their father Chad McQueen, starred in their own car-chase scene set in the Swiss Alps surrounding Geneva. 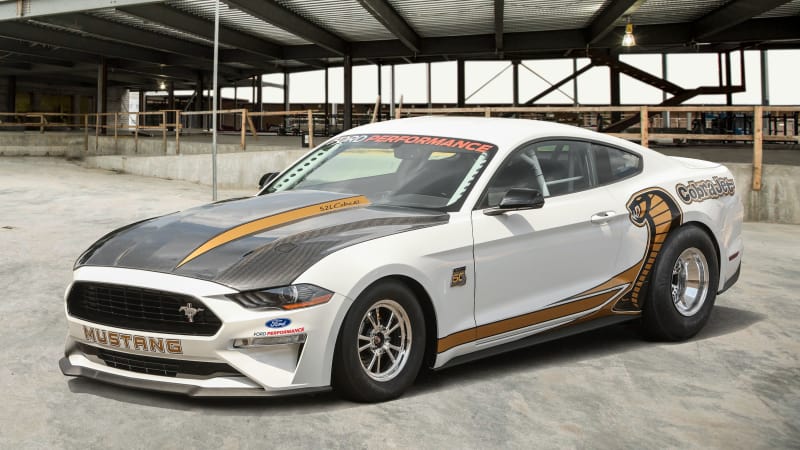