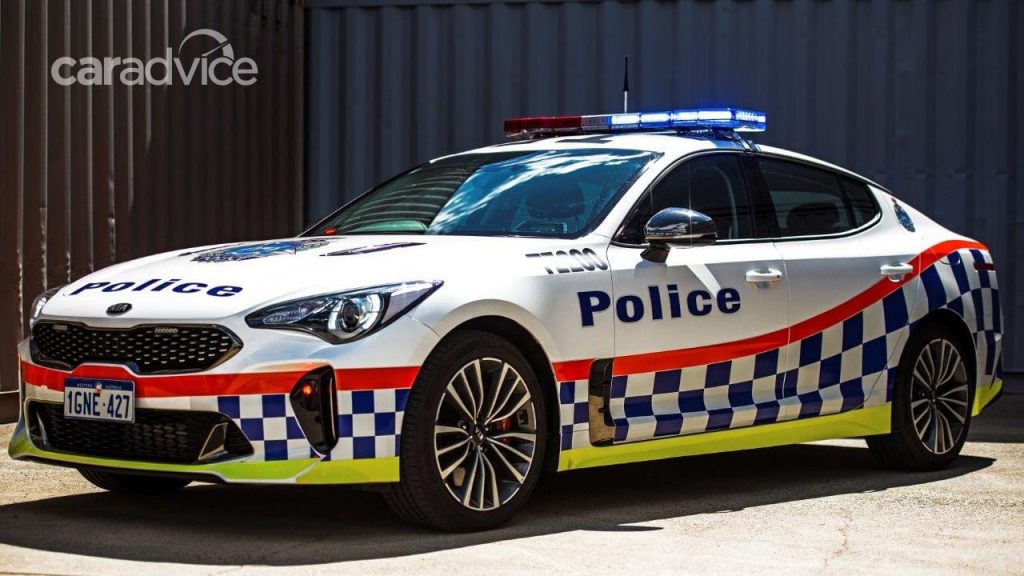 Western Australia has joined Queensland in adding the Kia Stinger to its police fleet.

A fleet of 50 300S liftbacks will be hitting West Australian streets over the next 12 months, filling the gap left by the Holden Commodore SS and Ford Falcon XR6 Turbo.

The Queensland Police Force stumped for the Stinger 330S as well, foregoing the Si’s bigger infotainment screen, bigger wheels and leather seats in favour of the S’s identical performance and lower entry price.

With 272kW of power and 510Nm of torque from its 3.3-litre twin-turbo V6 engine, the Stinger is almost a perfect match for the naturally-aspirated, Aussie-made sedan’s outputs.

The death of local manufacturing has forced police to get creative with their new highway patrol cars. Victoria is using a BMW 530d sedan, while New South Wales has chosen a Deutsche-American partnership, pairing the BMW 530d with the Chrysler 300 SRT Core.

Queensland, as mentioned earlier, has put its faith in the Stinger after an “extended assessment program” in the hands of officers. The state will get 50 cars before the end of the year, complete with lights, sirens, tech like numberplate recognition and, naturally, a new paint job.