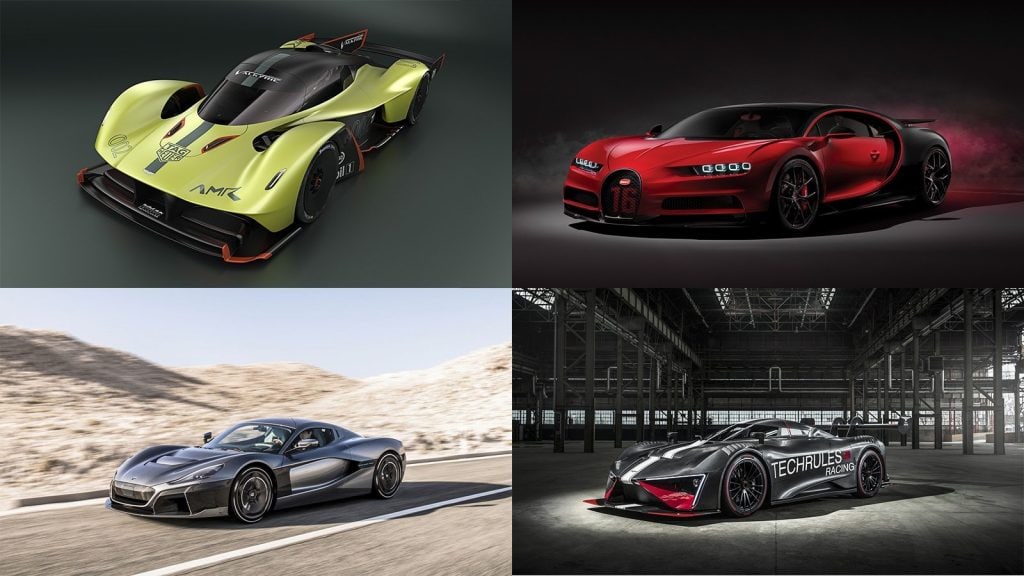 If you ever need a reminder that yes, we are indeed living in a golden age of performance automobiles, just check out the list of debuts heading to this year’s Geneva International Motor Show. Specs and figures that would have been considered outlandish and silly just a few decades ago are now becoming the norm, as million-dollar, 1,000+ horsepower monster machines seem to litter the Palexpo convention center floor in 2018. Here are some of the highlights.

Starting things off is this otherworldly creation from the folks over at Aston Martin. Dubbed the Valkyrie AMR Pro, it’s a track-only version of Aston’s already outrageous, barely street-legal supercar, and it twists the knob to 11 before breaking it off entirely. This track-only version once again takes its inspiration from the endurance racers that compete in the 24 Hours of Le Mans, as well as the ground-bound spaceships of Formula 1, rocking aero that looks like it was developed in the future, plus a lightweight, stripped-down attitude that tips the scales at just over 1,000 kg (2,204 pounds). It’s also got a hybrid 6.5-liter V-12 with over 1,100 horsepower, improving on that coveted one-to-one power ratio. Expect a 0-to-60 mph time under 2.5 seconds, as well as a huge amount of downforce to keep it glued to the track.

Not to be outdone, McLaren was also in Geneva with its own track-focused supercar this year. It’s called the Senna GTR, one-upping the immensely impressive P1-successor that was revealed last December. Upgrades include more power, and while the Senna GTR might not break the 1,000-horsepower mark (Aston says it’ll still make “at least” 814 ponies), the 1,000 kg (2,205 pounds) of downforce the bodywork can create should cement its position as an absolute terror on any racing circuit.

This one is actually street legal, believe it or not. Slotting just below the track-only TSR, the TSR-S (“S” stands for street) offers all the go-fast stuff as its apex-hunting big brother, but in a package you can still take to the mall (legally, at least). Carbon fiber everything and a barebones interior spec underline its sporting intentions, while a trick active rear wing adds even more rear-end stick thanks to a centripetal left-to-right tilt. Making it go is a twin-supercharged V-8 making upwards of 1,177 horsepower, enabling a 0-to-62 mph run in 2.8 seconds. Top speed is electronically limited at 202 mph.

You could make the argument that Bugatti is responsible for sparking the modern age of performance excess that we all currently enjoy. You see, back in the early 2000’s, Bug unveiled the Veyron, a quad-turbo 8.0-liter W-16 ocean-of-go making around 1,000 horsepower. The Veyron completely reset the supercar playing field, and now, the French automaker is once again probing the limits of what’s possible on four wheels with the Chiron Sport. Output is rated at 1,500 horsepower and 1,180 pound-feet of torque, the same as the standard Chiron, but the Sport version makes better use of it thanks to improvements to the steering, dampers, and AWD torque vectoring system. The Sport also cuts out around 40 pounds of excess weight. All of this goodness can be had for a cool $3.3 million.

Now we’re really cooking with gas, or should I say, diesel. The racer you see here is called the Ren RS, and it’s a track-only variant of the cutting-edge Ren street machine released in 2017. This time around, the brains behind its creation stripped it down and beefed it up, prepping it for duty at the circuit with new, more efficient carbon bodywork. It’s also got a diesel micro-turbine powerplant and six electric motors laying out a combined 1,287 horsepower and 1,725 pound-feet of torque.

While the Bugatti Chiron Sport represents the ultimate evolution of performance technology from the past, the Rimac C Two represents where we’re headed and the performance of the future. Offered as a follow-up to the incredible Concept One, the C Two is all-electric speed incarnate. The numbers on this things beg belief – 1,914 horsepower and 1,686 pound-feet of torque, all of which is routed to the ground via four electric motors and four independent gearboxes. Put your foot down, and you’ll find 60 mph in a scant 1.85 seconds. Keep it pinned to the carpet, and you’ll reach a top speed of 258 mph. And don’t stress too much about range either, because the onboard 120-kWh battery pack can provide enough juice to propel you over 400 miles between plug-ins. When it comes to electron-powered performance innovation (and indeed, performance in general), the C Two is the tip of the spear. 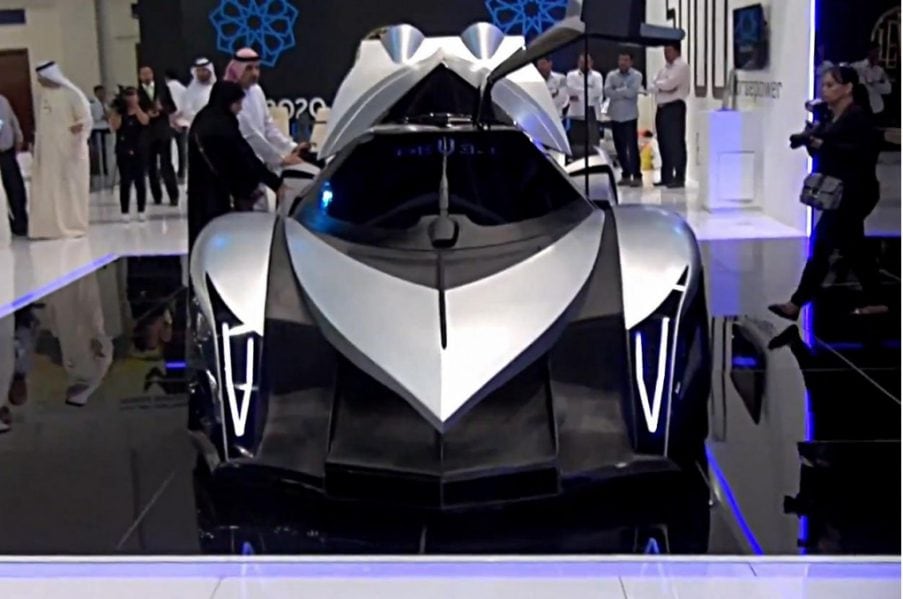 A 5,000 horsepower from a quad-turbocharged V-16 engine Devel Sixteen model, could appear at the Dubai Motor Show