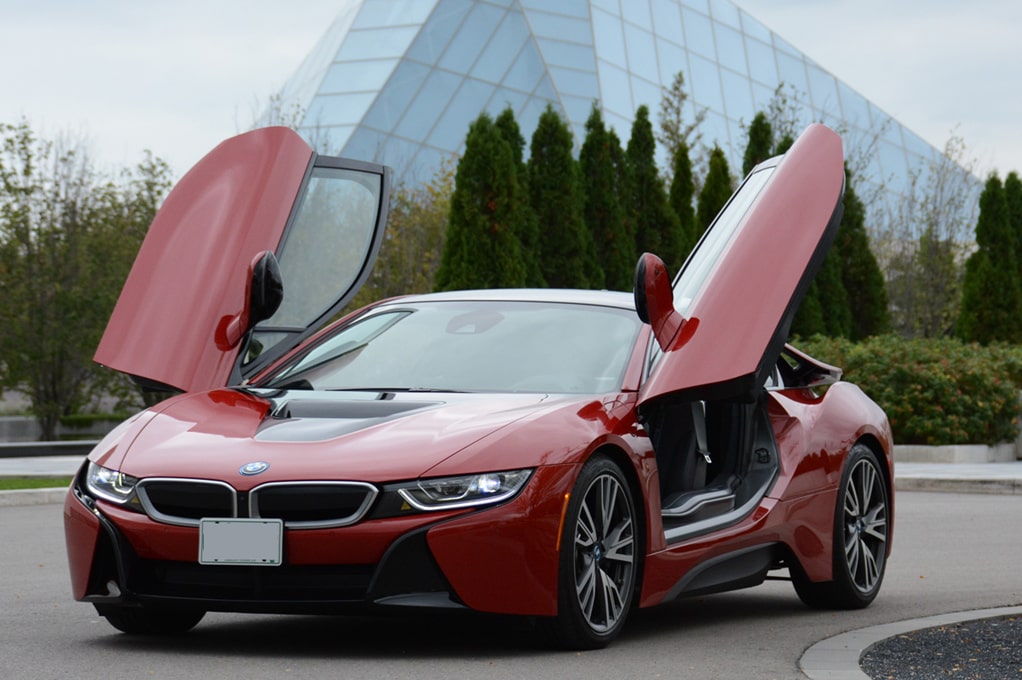 With the electrification of regular cars on the rise it seems only natural that those further up the automotive chain begin to make use of electrons to improve both performance and fuel economy. The key, however, is maintaining the exotic allure of a supercar when integrating the electronics.

In the case of the BMW i8, the exotic comes in the form of scissor-style doors and a carbon fibre passenger safety cell. The former adds some wow when the driver parks the i8 and the door rises gracefully. Now comes the job of exiting the cabin. Frankly, I did not find a way of climbing in or out with any real grace, although the latter did not feel as ungainly.

At the heart of the i8 is a rear-mounted 1.5-litre, turbocharged three-cylinder gasoline engine. It produces 228 horsepower and 236 pound-feet of torque and drives the rear wheels through a six-speed automatic transmission with paddle shifters.

The other half of the hybrid system is the forward-mounted electric motor. It chips in with an additional 129 hp and 184 lb.-ft. of torque and gets its juice from a 7.1-kilowatt/hour lithium ion battery. It can be charged in 3.5 hours using 115 volts  or two hours on 220 volts, and once fully charged it delivers an electric-only driving range of 24 kilometres — though I managed more than that every day of the test. The regenerative braking in an urban setting prolongs the initial charge, so getting upwards of 30 km before the engine kicked in was not unusual.

The powertrain has three distinctly different driving modes — Comfort, Eco Pro and Sport. Eco Pro pushes the quest for fuel economy to the maximum, but at the expense of the sharpness evident in Comfort. That one balances the need for economy with the desire for some semblance of performance. As such, it proved to be the best mode for everyday driving.

Sliding the shift lever to the left of drive engaged Sport. It turns the i8 into a legitimate speedster. With both power sources working together, the i8 has a net system output of 357 horsepower and, more importantly, 420 lb.-ft. of torque. The plus here is the carbon fibre monocoque means the i8 has a curb weight of just 1,567 kilograms. This delivers a significantly better power-to-weight ratio, so the plug-in hybrid system (eDrive) has to do less work to deliver both fuel economy and a very swift turn of speed. The light weight and power combine to give the i8 the wherewithal to run to 100 kilometres an hour in 4.4 seconds and it accomplishes the more important 80-to-120 km/h passing move in three seconds flat.

You can pay via

Security deposits apply between $5k - $7k depending on various factors. Credit card pre-authorisations are offered if certain criteria are met. 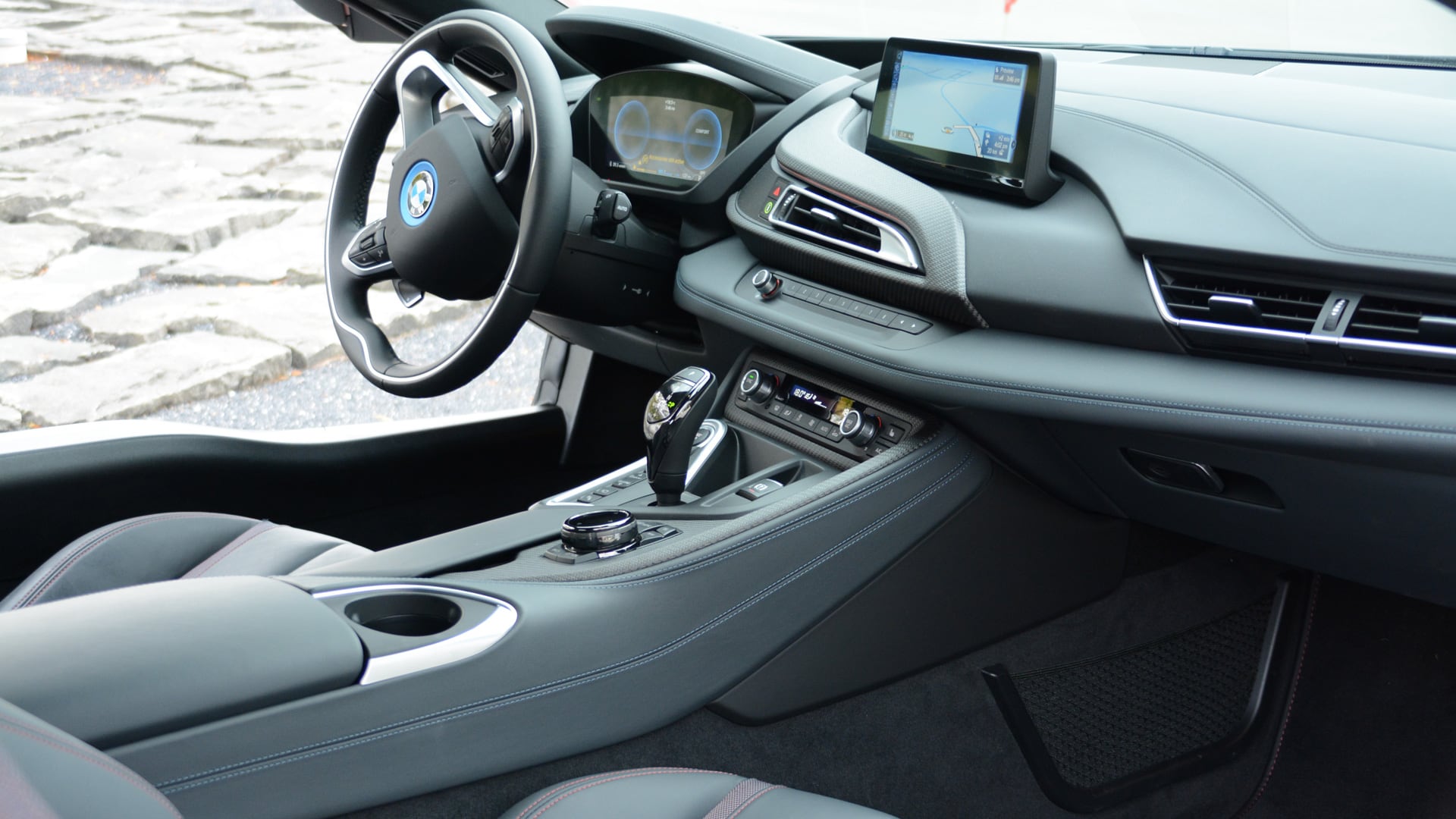