The standard Nissan GTR is no slouch with 565 horsepower coming from a 3.8-liter twin-turbocharged V-6 , but this GTR is something else.

If the car looks familiar, that’s because it’s currently the world’s quickest GTR in the quarter mile. The Extreme Turbo Systems GTR set a 6.88-second quarter-mile run with a trap speed of 222.93 mph. That happened last September when the car was making 2,700 horsepower at the wheels.

At present, the ETS team has pushed the power to 3,046 wheel hp, or roughly 3,500 hp at the crank! Thus, we’re now looking at the world’s most powerful Nissan GTR.

In the video above, we see the GTR on the dyno after some changes made throughout 2018. Fair warning, headphone users beware of the sound.

The car rips its way toward peak power and the backfire appears to not only shake the camera but the room, too. The force was also enough to blow the upper pipe straight into the air. A second run shows 3,008 hp at the wheels with similarly booming results.

ETS said it plans for more racing soon, which means we’ll likely see the car dip under its current 6.88-second record time. The original record didn’t come easily though. One run, in particular, sent the GTR fishtailing down the drag strip toward the end of its run, but the driver, Lucas English, kept things together. Even with the squirly moves, the GTR still ran a 6.94-second time. 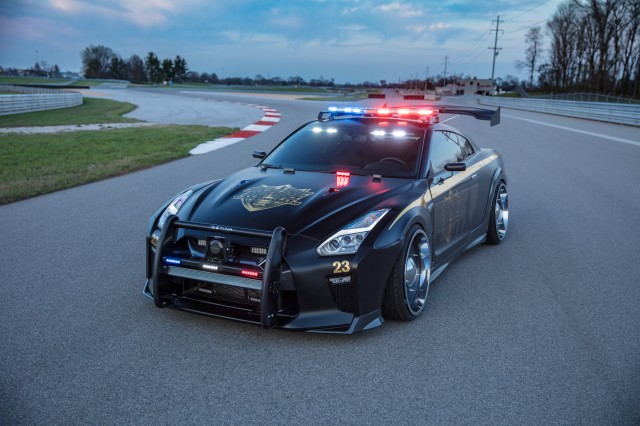